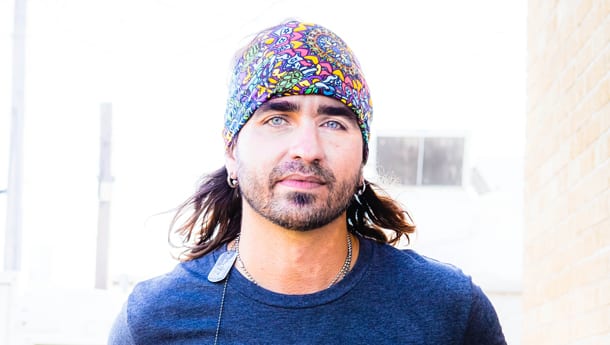 Cody Canada is a man who needs little introduction. He’s rocked the biggest stages, been there, done that. Some might say his ability to write and perform has changed their life. He’s a rocker through and through, a father, a legend, and a Musician’s, Musician. Canada is dedicated to his craft, whether you know him as the frontman and primary songwriter of Cross Canadian Ragweed, Cody Canada and The Departed, or even teaching at The School of Rock in New Braunfels, TX, you know music runs deep in his soul. Canada, Originally from Texas, found his love for music at the age of 5 when his parents took him to a George Strait concert. By 8, Canada had started to strike his first notes on the guitar, a love that would one day grow into a lifelong passion. He uprooted from Texas and headed up to Oklahoma where he and some like-minded friends formed one of the most influential bands the scene had ever seen. Cross Canadian Ragweed brought crowds of the masses to their feet for over a decade until their departure in 2010. While the band may have stopped playing, their music did not. As the lead singer-songwriter, Canada formed the Departed with CCR member Jeremy Plato shortly after and began to introduce new music to his lineup. Songs that come out of the good times and the bad times, with a recurring theme of finding his happy area, Canada has found comfort in who he is as well as where his band is. While his focus is on the road ahead, Canada now finds pleasure playing the timeless songs of Cross Canadian Ragweed for his loyal fans. When Canada is not on the road or writing new music you can find him spending time with his wife and two sons, or even sharing his love for music with a new generation of musicians at the School of Rock, a place he and his wife founded in their town of New Braunfels, Texas. A true man of the song, a gentleman and a legend, The MusicFest is proud to Honor Cody Canada as the Official Tribute Artist for its 35th Anniversary.