Breaking the Ice with John Baumann 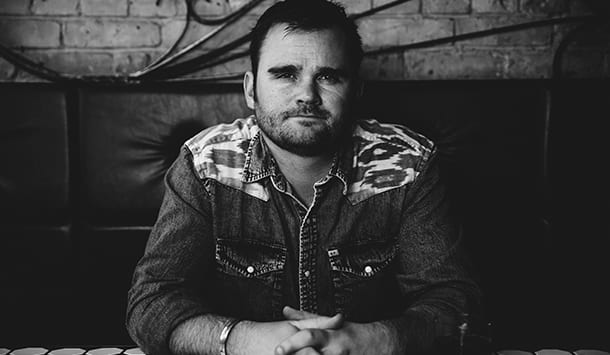 Q: Who are you and where are you from?
A: Singer-songwriter based out of Austin. Also sometimes known as Josh Blockman or Jon Bowan. Commonly finding myself telling people it’s, “B-a-u-m-a-n-n,” as I’m taking a bow on stage.

Q: What artists influenced you growing up?
A: The first CD I ever bought was the Wallflowers ‘Bringing Down the Horse.’ Sonically, it just resonated with my ears. But it is the songwriters who write conversationally, and paint pictures, and really challenge you – make you think, laugh, cry – that I’ve been most inspired by Guy Clark, Adam Carroll, Slaid Cleaves, just to name a few.

Q: You recently released a new album called “Proving Grounds.” Where did your inspiration come from?
A: I felt like I needed to make a record that could hold a listener from the first track to the last one. I was out of ideas about people and places, so I started writing about me a little more, the rollercoaster of life, with some subtle but overarching theme about how tough the music industry is.

Q: Tell us your story: What are some of the trials you have faced as an artist?
A: Shoo. Too many, and probably many more to go; staying positive when it feels like crowds are light or headway isn’t being made fast enough, learning to balance health and wellness with having a gooooood time. Or maybe learning to not make posters where you put your name bigger than Willie Nelson’s when you open for him. Whooooooops.

Q: Are you a morning person or a night person?
A: I am a big twilight guy. Love it when the sun is setting and everything has a kind of golden glow. Not much of a morning person.

Q: What is one thing you will never do again?
A: I don’t like horror movies at all, so I’ll probably never see another horror movie ever again.

Q: Who is your celebrity crush?
A: Jessica Chastain.

Q: What is your spirit animal and why?
A: Love Orca whales, always have. Can’t explain it.

Q: What would you do if you had a working time machine?
A: Probably go deep into the future.

Q: Favorite song to sing along to while on the road?
A: Don Williams lately. “Good Ole Boys Like Me”.

Q: What is your favorite venue at MusicFest?
A: Bear River and the Chief Theatre. Can’t wait for MusicFest!