Breaking the Ice with Jonny Burke 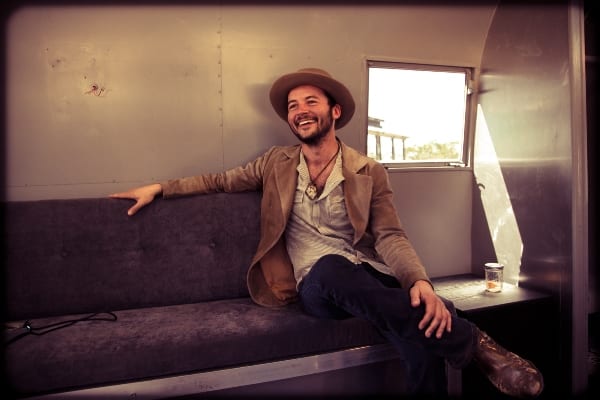 Who are you and where are you from?
Jonny Burke, born and raised in New Braunfels, TX.

What’s new with the you and/or the band?
I have a new album called Along Alone Alright coming out in late 2016.

What are three things you can’t live without?
A good pair of cowboy boots, pen and paper, and good Tex-Mex food.

What is something you hate, but you wished you loved and why?
I’m afraid of heights, but mountain climbing and skydiving sound like such badass things to do. One of these days…

Most memorable MusicFest moment?
My first year playing Music Fest, me and Sean from the Dedringers drove up with our buddy, Kyle Wieters, and got blown off the road by a snow plow 15 miles outside Steamboat. When Ryan Bingham pulled up with his posse to help, the cops became suspicious of a bunch of musicians on the side of the road and they held us outside for hours while we froze our asses off in a blizzard. The cops searched around in the dark for what they thought was something illegal we had tossed out, but all they found was a plastic bottle Kyle had p***** in. Talk about your “Dumb and Dumber” moments.

How’s life?
Life is good. Life is life. Just rollin’ along searchin’ for the next line to the next song and tryin’ to keep it between the ditches at the same time.

What artists influenced you growing up?
First music I remember hearing was Chuck Berry and Guy Clark songs my dad played for me as a little kid. As a teen, I got really into the Townes, Dylan, and Prine songbook, which is kind of a pre-requisite for any serious songwriter. The Rolling Stones playing country/Gram Parsons Comic American Music era had a huge influence on shaping my sonic landscape and still does.

Who are you most excited to see at MusicFest this year?
It’s always cool to see close friends like American Aquarium, Kelley Mickwee, and Turnpike play to big crowds on the mountain. I heard Charlie Sexton is gonna be joining the Texas Tornadoes for the Doug Sahm Tribute, which will be a schooling any musician worth their salt will not wanna miss. And I think it’s awesome y’all got Suzy Bogguss on the line-up this year. I love her version of John Hiatt’s ‘Drive South’. I’m gonna be front row, center, singing along for that one!

If you created a slogan for life, what would it be?
“Here’s to never forgetting things best remembered, and never remembering things best forgotten.” Although I guess that’s more of a toast. (Best that I could do)

Favorite song to sing along to while on the road?
“Nuthin But a G Thing” by Dr. Dre feat. Snoop Dogg

What’s your spirit animal and why?
Everybody says their spirit animal is the unicorn, I think I’m one of the few who has first dibs on it. The unicorn is the New Braunfels High School mascot. Blue and white for truth and right, baby.

What would you do if you had a working time machine?
I’d go back in time and have a drink (or five) with Hemingway, Sinatra and Cleopatra. All were famously known to knock a few back and I think I’d be as a good a dude as any to open up to about all their coolest stories. Where can I  find this time machine you speak of?

What is your favorite three-word sentence?
‘Sic Semper Tyrannis’. It’s the Latin motto supposedly yelled when Julius Caesar was assassinated and also when John Wilkes Booth shot Abraham Lincoln. Pretty morbid, but it just sounds badass. I’m a bit of a history buff.

If they made a movie about your life, which actor would you want to play you?
I’d choose Orlando Bloom because one time on tour in Florida, when I had longer hair, I got mistaken for him in a bar. It was the highlight of the Florida portion of the tour.

What is something you do before taking the stage?
Make sure I have pants on.

If you could ask another artist any question, what would it be?
I’d ask Louis Armstrong, “What’s up, Pops?” because he’d probably be all cool about it like, “Nothin but the sky, my man!”

Name one artist of any genre besides country that you are a fan of and tell us why?
Been a fan of old-school Houston rap since we got into it as kids, so I’ll give a shout out to DJ Screw! RIP

What makes you laugh out loud?
Just about anything.

Fill in the blank: It’s not a party until…
…the Brauns show up.

What part of MusicFest are you most looking forward to?
The camaraderie between all the artists and everyone on the mountain is, to me, the most special part of MusicFest. Instead of pulling in to play or see a show somewhere and then take off, we all get a week to forget about our troubles and enjoy each others company in the most beautiful setting imaginable. Reality can wait; MusicFest week is all about having fun!