Breaking the Ice with Josh Abbott 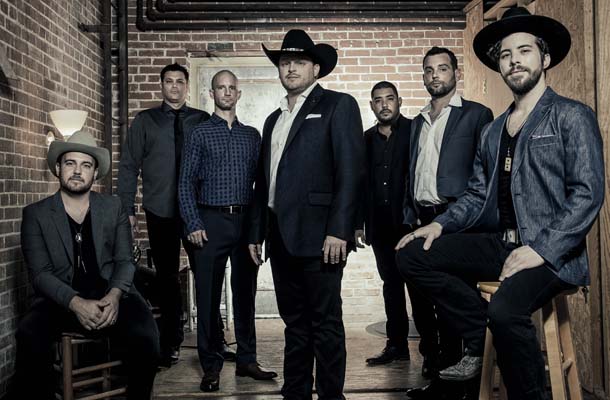 Q: Who are you and where are you from?
A: Still figuring that out, but closer and closer every day…I’m from Lubbock, Texas. I live in Austin now though.

Q: Congratulations on your new baby girl! How are you adjusting to dad-life?
A: Thank you! Based on all the advice I’ve gotten, I’ll be adjusting forever! But so far it’s definitely changed my life in the most amazing way. When she smiles, I melt. I’m so grateful for her and my fiancée. They’ve fulfilled my life in ways I didn’t even understand I needed beforehand.

Q: Who is the most memorable person you have shared a stage with?
A: We’ve been fortunate to have played a lot of great shows with some incredible bands. Jumping on stage to sing with Willie Nelson at his 4th of July Picnic has to be at the top though: Me, Dierks, Bingham, and our fiddle player Ptone all sharing a mic on stage next to Willie!! That was incredible.

Q: What inspired the title of your new album, “Until My Voice Goes Out”?
A: We’ve always named our albums off of a specific track on there, and this time we were actually leaning towards “The Night Is Ours” or a lyric “Life Is Good” from the previously mentioned song…then my dad had his stroke while we were in the studio. I spent the next three weeks with him in the ICU and I decided that “Until My Voice Goes Out” should be the title. I dedicated it to him because that song’s all about living life fully until you can’t anymore. We actually thought he was gonna come out of it and tackle a long recovery; unfortunately he didn’t, and he passed away. So this title has taken a whole new meaning for me.

Q: What are the three things you cannot live without?
A: You said “things” and not “people,” so I’ll go with beef jerky, spicy trail mix and an acoustic guitar.

Q: How do you dance the whiskey tango foxtrot? Explain a couple steps for us.
A: Good question. I guess it would start with a flurry of sexual Latin staccato long flowing dance moves, counter clockwise, to a big band with horns, and at some point a body shot of bourbon.

Q: What’s in the water in the 806 that produces so many great musicians?
A: I truly believe it’s the continued prioritization of writing your own songs. It seems like the culture of the Lubbock scene has always emphasized the importance of writing, and we all pass that down like some sort of inherent brotherhood, dating back to the era of the Cotton Club and now cultivated at The Blue Light. We all want each other’s respect, and I believe that pressure encourages artistic growth. There’s a long history of successful Texas musicians from the Hub City that will only continue to grow. You can see it in all the young guys and girls growing their sound there now!

Q: You’re making your favorite sandwich: what’s on it?
A: Peanut butter, bacon, strawberry preserves, banana, and honey on toasted raisin bread. Maybe a touch of cayenne mixed in the peanut butter.

Q: Name one artist of a different genre that you are a huge fan of and why.
A: The Beatles are my favorite band. The way they pushed themselves to evolve is incredible. John Mayer gets a vote because he does such a great job of challenging himself and changing his sound with his various bands. Ryan Adams as well….an answer you might not expect is Alt-J. Those guys are incredible. It seems like they’ve taken a modern approach on influences like Pink Floyd & The Flaming Lips. I dig ’em, and their music videos are legit.

Q: What is your spirit animal and why?
A: My beagle, Trigger. He’s 10 1/2 now, and I’ve had him this whole time. He’s short legged, chubby, asthmatic, kinda lazy, lives for treats and prefers sleeping over pretty much anything. He’s that one dog of a lifetime for me, and it’s gonna be a sad, sad day when he isn’t around anymore.

Q: What is something you do before taking the stage?
A: Ha, well it used to be a whiskey drink…nowadays, it’s lots of water, some spark, and vocal warmups *upside-down smiley face*.

Q: What makes you laugh out loud?
A: Actually a lot. I love to laugh and I’m that guy laughing at the movies, or at home watching King of Queens. Twitter usually gets me laughing too. There’s some funny people out there.

Q: If you could ask any artist a question, what would it be?
A: I’d love to ask Paul McCartney about the “Paul is dead” theory. I’d also ask Bobby Fuller who killed him. It still remains one of Hollywood’s highest profile unsolved murders. He’s a distant relative of mine; my grandpa’s cousin.

Q: What is something you hate but wish you loved?
A: Onions; they ruin a lot of food for me and that frustrates my fiancée because she loves them! Raw onions are the worst to me, and I don’t understand how so many people like them?! I can deal with them when they’re puréed in salsa or something, but otherwise it’s gonna be a no from me.

Q: What are you most excited about MusicFest 2018?
A: The opportunity to play for and impress people who have either never seen us play or haven’t been a big fan yet for whatever reason. MusicFest has such an eclectic mix of critical and commercial fans; you can’t make everyone happy, but I hope the new album and show will be something that everyone can appreciate as interesting and different.