Breaking the Ice with Sam Riggs 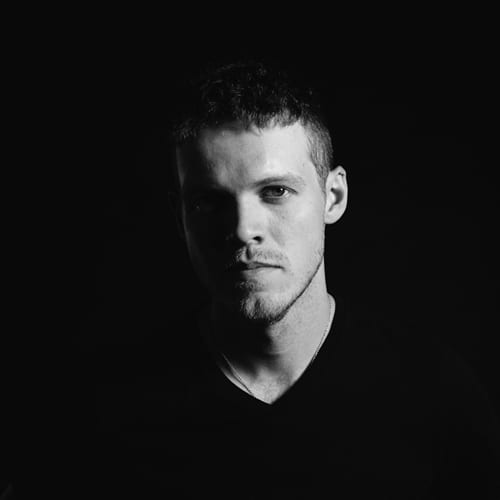 Sam Riggs has come a long way since his first year at The MusicFest. He released a new album, “Breathless,” this year and is staying busy touring! We caught up with him and found out the real important stuff like what he considers his spirit animal and what never fails to make him laugh out loud!

Who are you and where are you from?
My name is Sam Riggs, and I grew up in St. Cloud, FL, but have been living in Austin Texas since 2007.

What’s new with the you and/or the band?
I recently put put a new record (February 2016), titled “Breathless,” and it has kept us insanely busy on and off the road. it’s been one hell of a year!

What are three things you can’t live without?
(Aside from the nutritional essentials), I’d lose my mind if I couldn’t play music, go backpacking, and get in a few hours flying my plane now and then.

What is something you hate, but you wished you loved and why?
I can’t stand playing cards/ board games. I wish I loved them, bc my wife and most of my friends get into that sort of thing on game nights and such, and I’m always the curmudgeon haha.

Most memorable MusicFest moment?
Hmmmmm there have been so many! I’d say one of the coolest Steamboat moments for me was playing the Radney Foster tribute. I performed “Half Of My Mistakes,” and I was BEYOND nervous. The man was sitting right in front of me, and I was up there with Randy Rogers and Johnny Chops. I goofed a couple of times, but I pulled it off. I’ll always be grateful for that opportunity.

How’s life?
Life is amazing! I couldn’t imagine a better life: Playing my songs on the road for the coolest fans out there, and getting to travel all over Gods creation.

What artists influenced you growing up?
Paul Simon, for sure. The Graceland album was basically the soundtrack to my child hood. I was also heavily influenced by Garth Brooks, Blink 182, and Kings Of Leon.

Who are you most excited to see at MusicFest this year?
That’s a tough one to answer… There are so many great acts, and there’s always at least two killer shows going on at the same time!

If you created a slogan for life, what would it be?
Life is comprised of two things: Air and Opportunity. Now, take a deep breath and go be who you want to be.

Favorite song to sing along to while on the road?
Bob Schneider tunes are always great. Also anything by Paul Simon (Call Me AL)

What’s your spirit animal and why?
Probably the hawk. They’re all-seeing and graceful, yet powerful and dangerous.

What would you do if you had a working time machine?
I’d go back to when my grandfather was alive… and I’d spend all of my time with him, picking guitar and soaking up his stories. I was 12 when he passed away and too young to appreciate the mountain of a man that he was.

What is your favorite three-word sentence?
“I love you.” People don’t say it enough.

If they made a movie about your life, which actor would you want to play you?
Chris Pratt. Hands Down.

What is something you do before taking the stage?
I throw down 20-40 push-ups, and we come together as a band and we have a little rally and goofy chant we do.

If you could ask another artist any question, what would it be?
I’d ask Shane Smith why he changed his name from Shamus Smithsonian.

Name one artist of any genre besides country that you are a fan of and tell us why?
I’m a pretty big fan of Jeremy McKinnon, from A Day To Remember. The whole band is badass, but Jeremy has a relentless stage presence that exudes amazing energy. He’s huge on crowd involvement, and so the band has a pretty incredible cult following. I work to have that same effect on my crowds, although often times metal/pop-punk tactics are a little too much for country fans haha 🙂

What makes you laugh out loud?
Farts. They always have haha.

What part of MusicFest are you most looking forward to?
I always love the mountain air and the views. Everyone’s in a great mood, and the overall vibe is awesome. Oh yeah, and it’s basically a huge family reunion!