Breaking the Ice with Zac Wilkerson 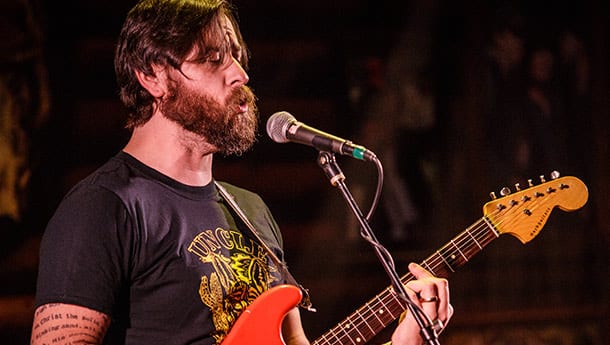 Q: Who are you and where are you from?
A: I’m Zac Wilkerson and I was born in Buffalo, OK, but I’ve lived in too many places to list here.

Q: What do you think about in the “middle of the night”?
A: The luxury of time, and how I can play music for as many people as possible.

Q: Where did your obsession with NASA come from?
A: It’s not just NASA. I geek out about SpaceX and the Falcon 9, the ISRO, the ESA, CNSA, JAXA, and Roscosmos. I’ve always been fascinated with the idea of discovery and exploration, and finding something no one else has seen. NASA does it like no other.

Q: What is the toughest part about touring?
A: Being away from family and keeping yourself healthy.

Q: What is your favorite MusicFest memory?
A: Seeing Shinyribs conga line the Dung Beetle.

Q: Describe how Walt Wilkins has influenced your career.
A: I was a fan long before we met. I saw him for the first time at LJT in 2012, the year I played my acoustic set there. I knew then that Texas music was something I wanted to be part of. Since then, making two records together and sharing the stage, my hero has become my friend and mentor. And he’s still my hero.

Q: If you created a slogan for life, what would it be?
A: Err’body Love Err’body.

Q: If you could only watch three movies for the rest of your life, which three would you choose?
A: The Blues Brothers (1980), Ferris Bueller’s Day Off, and  Sergeant York.

Q: What is your spirit animal and why?
A: The American Bison. I was born in and still have family in Buffalo, OK. I’ve attended 3 different schools with bison mascot. I play the Texas State Bison Fest in Quitaque, Texas every year to benefit the Texas State Bison Herd Restoration Project at Caprock Canyons State Park. Also, Paul Douglass, my bass player, has nicknamed me the “Grumpy Bison of Soul”.

Q: If you could sing a duet with anyone, dead or alive, who would it be?
A: Aretha Franklin.

Q: When can we expect to hear new music?
A: I am always writing new music, so sometimes new songs pop up when you come to a show. A new record is always on my mind though…

Q: What is your favorite 90’s song?
A: Unanswered Prayers – Garth Brooks

Q: What is something you do before taking the stage?
A: Drink a ton of water, blow my nose, and check my fly.

Q: Fill in the blank: It’s not a party until…
A: Peaches makes somebody cry.

Q: What part of MusicFest are you most looking forward to?
A: Seeing friends I’ve made over the years and making new ones.