Let It Snow – With Bri Bagwell 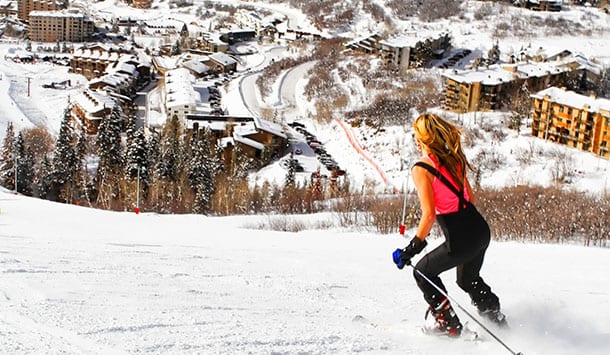 The MusicFest Magazine sat down with Bri Bagwell and asked her about her MusicFest experience, the Nashville scene, and her new single. Here’s what Bri had to say…

1. When was your first trip to MusicFest, and what memory stands out most?
I went to MusicFest in 2010, after I graduated from college. It was partly a gift from my parents. I tried to snowboard…just went to the top of the gondola and tried to ride down. It can’t be that hard, right? Well…after a few bruises, many laughs, and a damaged ego, I called it quits and enjoyed the concerts. I met Hayes Carll too, which was a true highlight.

2. You do a lot of work based in Nashville with Sony/ATV and WME. Does going to Nashville give a different energy to your songs and songwriting process?
Absolutely! When I’m in Nashville, there isn’t any room for excuses. I have writing appointments almost daily (sometimes two a day), and I write songs constantly. It’s more of a business, and takes a lot of discipline. I don’t write just when I feel inspired anymore; I write even when I’m not “feeling it,” and it has been the most amazing thing for me as a writer. There are people that are ridiculously good at it up there, too! You grow a lot, really quickly – it lights a fire, if you know what I mean! 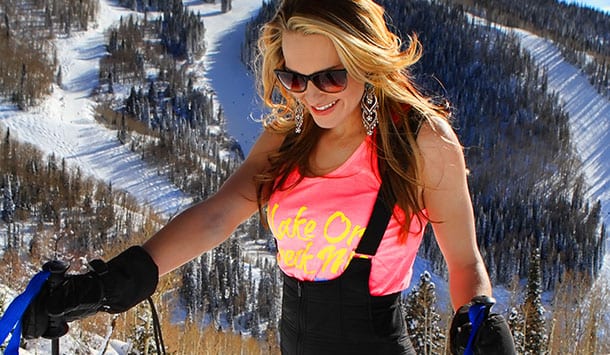 3. Your new single, “Crazy,” just came out –what was the inspiration behind that song?
Behind every crazy woman, is a man who made her that way! Or at least that’s my excuse. [Laughs]

4. What do you look forward to every year when you’re gearing up for MusicFest?
I love getting to hang out with all of our music buddies. We are all on the road all the time, so it’s fun to let loose all together. I also love to ski!

5. We loved your pictures for this year’s cover. How’d you brave the cold to get those done?
It was eight degrees when I played the outdoor stage the first day, with a negative wind chill (and snow falling!). The next day when we took the pictures, it was 23 degrees and sunny… So, in comparison, I felt like I was taking pictures on a beach! Rebecca Creek whiskey helps too. [Laughs] 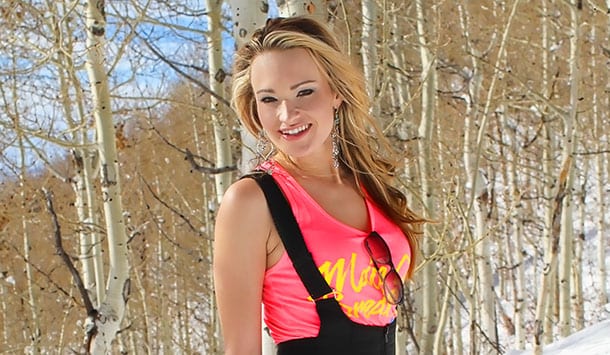 6. MusicFest offers a lot of things to do and shows to see. What show is one of your
favorites as a fan? I love Wade Bowen’s show in the ballroom on the last night. He’s one of my favorites, and everyone usually jumps on stage at the end. It’s a nice ending to the MusicFest. I also love hearing all the artists acoustic as well, like at Dung Beetle Saloon.

7. You had a busy summer of touring. What is your favorite part about live shows?
I love trying out new songs on the crowd, and performing is what makes my world go round! I have to say though, now more than ever, the people we meet are my favorite part of our weekends. We have met so many amazing folks. I also get to be on the road with my best friends (The Banned), and if you’ve met them, you’d understand why I love them so much.

8. MusicFest 2015 – what will you be caught doing most?
Hitting the slopes!! Maybe I can talk The Banned into some dog sledding…? Thanks for having us back. We can’t imagine our lives without The MusicFest!