Looking for some new music? Make sure to add these MusicFest artists’ to your playlist! 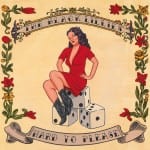 The Black Lillies – Hard to Please

The Black Lillies release their new album Hard to Please, produced Ryan Hewitt, on October 2nd. After the success of their last album, front man Cruz Contreras was determined to live up to The Black Lillies “always expanding and evolving” nature. He took the opportunity to hunker down in a basement-level studio and got to work penning 10 songs for the roots, country and soul-inspired Hard To Please. Check out theblacklillies.com for more information. 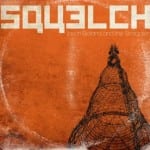 Jason Boland and the Stragglers – Squelch
Jason Boland releases his new album Squelch, produced by Jim Ward, on October 9th.  “His eighth studio album shows that Boland is still very much quick on his feet. There are touches of swing and pop-punk, nimble interaction between pedal steel guitar and violin, and one or two face-melting solos for good measure. Of course, the project is grounded by Boland’s gravelly baritone and his witty, winking lyricism.” – New York Times 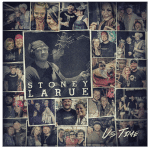 Stoney LaRue – Us Time
Stoney LaRue releases his new album Us Time, produced by R.S. Field and Van Fletcher, on October 16th. This new album is a studio recorded album, featuring a collective of fan favorites and never before released studio recorded tracks!  The album is now available for pre-order on Amazon and iTunes. Pre-Order on iTunes and get THREE tracks immediately! 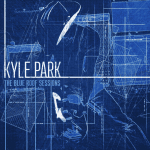 Kyle Park – The Blue Roof Sessions
Kyle Park releases his new, self-produced album The Blue Roof Sessions on October 23rd. On the shores of Lake Travis, just outside of Austin, there’s a house with a blue tile roof where Kyle Park chose to record his latest album. The Blue Roof Sessions were as organic as sessions can be. Writing, tracking, tweaking and finally nailing it: The steps overlapped, each one energizing the others. The result is a milestone in Park’s catalog. Click here to pre-order today! The first two singles, “What Goes Around Comes Around” and “Come On”, are available now!