Dickson Productions and The Center for Texas Music History are excited to announce that The MusicFest Artists’ Tribute to a Legend 2017 honoree is Doug Sahm (with Shawn Sahm and the Texas Tornados)! See Texas music history recognized and in the making at this year’s tribute concert in the Grand Ballroom, on January 8th at 2:00pm 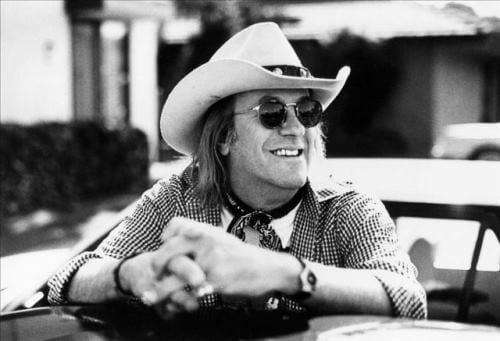 If you’re searching for the definitive sound of Texas music, look no further than Doug Sahm. Founder of such influential bands as the Sir Douglas Quintet and the Texas Tornados, Doug Sahm could play every form of indigenous Texas music authentically and with passion. Though Doug passed away in 1999, his legacy is carried on through his son, Shawn Sahm, and two of the original members of the Texas Tornados – Flaco Jiménez and Augie Meyers. This January, Shawn, Flaco, Augie and many other MusicFest artists will come together in Steamboat to pay tribute to this Texas music icon. Born in San Antonio, the grandson of a German bandleader, “Little Doug” was a steel guitar child prodigy. By age sixteen, he was playing in rhythm and blues big bands, writing and arranging music, and cranking out hit records. In his early 20s, his band The Sir Douglas Quintet posed as an English group during the height of rock’s British Invasion and achieved international stardom with their signature Tex-Mex beat. In 1967, Sahm went to California and became a major player in San Francisco’s psychedelic music scene that peaked that year with the Summer of Love. Five years later, he was the catalyst who put Austin on the national music map. He went through a string of musical reinventions, ultimately founding the Tex-Mex supergroup, The Texas Tornados, featuring Augie Meyer, his mentor Freddy Fender, and Flaco Jimenez. Friend of Jerry Garcia and the Grateful Dead, Dr. John, Creedence Clearwater Revival, and several generations of musicians of all stripes, Sahm played a critical role in launching and re-launching the careers of Willie Nelson, Freddy Fender, Flaco Jimenez, Steve Jordan and Roky Erickson. Above all, he was the “Groover’s groover”, a kinetic whirlwind moving at a mile a minute and a natural bandleader. Sahm could hit the note, work a rhythm, and fall into a natural groove effortlessly, no matter if he was playing onstage, in the studio, or making movie cameos playing himself: the smoking, beer-drinking, enchilada-eating longhaired electric cowboy. An engaging, larger than life character, he wore his heart in his lyrics. Admired by pretty much every player he shared a stage with, he was a singing, twanging encyclopedia of Texas music, able to quote T-Bone Walker, Bob Wills, Sunny Ozuna, Lefty Frizzell, and Buddy Holly at the call of “in the key of C, gentlemen.” Doug Sahm was the Texas cat of Texas cats, and Texas’ musical soul, all about the groove.

The MusicFest Artists’ Tribute to a Legend: Doug Sahm (with Shawn Sahm and the Texas Tornados) will take place on January 8th at 2pm in the Grand Ballroom.

“You just can’t live in Texas if you don’t have a lot of soul.” – Doug Sahm